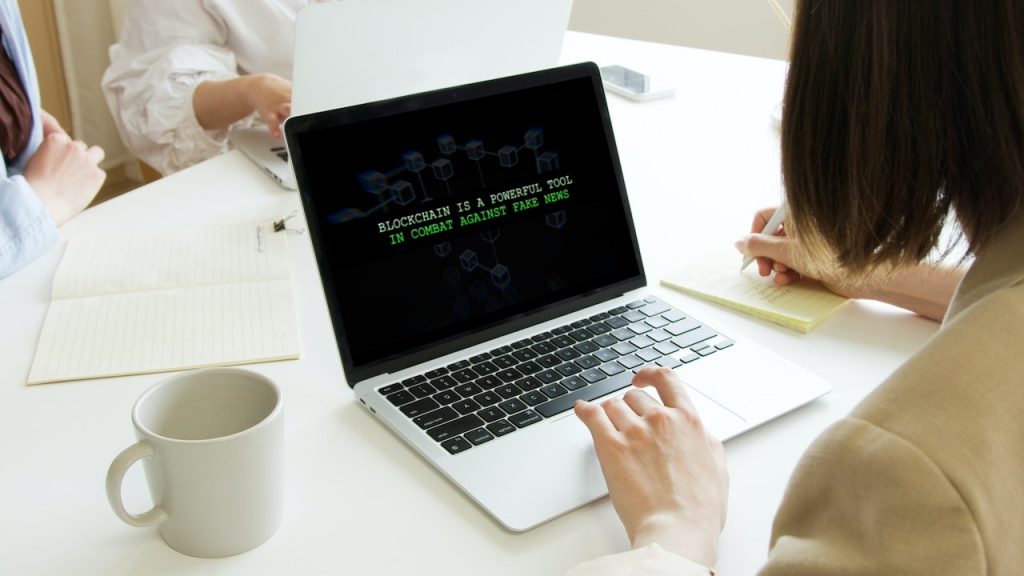 Blockchain technology has the potential to revolutionize the way we consume and disseminate information, including news. One of the major benefits of using blockchain in the context of news is its ability to help combat the spread of fake news.

Fake news, also known as misinformation or disinformation, refers to false or misleading information presented as if it were real news. It has become a significant problem in today’s digital age, as the internet and social media have made it easier for fake news to spread rapidly and reach a wide audience. Fake news can have serious consequences, including undermining trust in institutions and causing harm to individuals and communities.

One way that blockchain can help combat fake news is through the use of cryptographic techniques to ensure the authenticity and integrity of news content. Cryptography is the practice of secure communication, and it involves the use of mathematical algorithms to encode and decode information. Blockchain uses cryptographic techniques to create a secure, decentralized ledger that records transactions in a way that is transparent, verifiable, and resistant to tampering.

In terms of news, this means that blockchain can be used to create a record of the origin and history (provenance) of a particular piece of news. This record, known as a “block,” can be verified by anyone with access to the blockchain, ensuring that the news content has not been altered or tampered with.

Another way that blockchain can help combat fake news is through the use of smart contracts. A smart contract is a self-executing contract with the terms of the agreement between two or more parties being directly written into lines of code. Smart contracts can be used to semi-automate the verification and validation of news content, making it easier to identify and flag fake news at scale.

Fact Protocol employs blockchain technology to combat fake news. Fact Protocol is a decentralized fact-checking system that leverages distributed communities to certify news using 2FA – two-factor authentication, with the first factor being a news registrar, also known as an “NR,” who is a fact-checker. The NR will register the news by fact-checking all of the claims in that specific news, cross-checking with credible sources and/or original (primary) sources, and attaching the results for validation.

The second aspect is the news validator, also known as “NV,” who is a validator or, in other words, someone who fact-checks the fact-checkers. Now, an NV will authenticate the news registered by NR using the sources they provided and if necessary they will also perform their own research to identify and validate the sources. Fact Protocol aims to use this 2FA process to reduce bias and penalize bad actors, and also to increase trust in information.

To conclude, Fact Protocol believes that blockchain technology has the potential to be an effective tool in combating fake news. Blockchain can help ensure that the public has access to accurate and reliable information by employing cryptographic techniques and processes such as 2FA to ensure the validity and integrity of news content and smart contracts to semi-automate the verification and validation process.